123456
How To Stay Hydrated During A Round of Golf
Published on Vincera Institute
If you're going to drink alcohol on the course, pace yourself and be sure to mix in water or another non-alcoholic drink to mitigate the dehydration caused by booze.   Read More
Experience with "Sports Hernia" Spanning Two Decades
Published on Annals of Surgery
In reviewing his experiences with patients, Dr. Meyers determined that better understanding and recognition of athletic pubalgia injuries have led to more satisfactory care and returned many athletes to successful careers, which has had a major impact on modern sport.   View PDF
Superfood of the Day: Maca Powder
Published on Vincera Institute
Many cultures call it "the food of the gods" because of the wide variety of health benefits this superfood contains.   Read More
Temporal pattern of odor administration alters hemispheric processing in humans
Published on NeuroReport
Read how this study demonstrated that temporal unfolding of an odor hs the capacity alter a human's neurophysiologial activity.   View PDF
Shoulder Pain Prevention for Swimmers
Published on Vincera Institute
These tips and exercises are effective in improving shoulder function for swimmers as they target the rotate cuff, shoulder blade muscles and abdominal and lower back muscles.   Read More
Is Jack Sock America's Next Great Hope in Men's Tennis?
Published on RollingStone
How Jack Sock cracked the top 15 in the world tennis rankings heading into the 2017 French Open.   Visit Site
A surgical Management of Chronic Lower Abdominal and Groin Pain in High Performance Athletes
Published on Curr Sports Med Rep
This article uses 15 years of experience to better understand how to properly identify athletic pubalgia injuries and help surgeons better predict operational success and failure in athletes.   View PDF
Superfood Recipe: Decadent Cocoa Energy Balls
Published on Vincera Institute
Whether you're vegan, gluten-free, fully raw or just aiming to pack your diet with nutrient rich superfoods, you're going to enjoy this healthy treat.   Read More
Steroid Injections for Core Muscle Injuries in High Performance Athletes
Published on American Journal of Medicine
A review of how corticosteroid injection in 19 highly competitive athletes over the course of their season worked to prevent or delay surgery to a core muscle injury and allow the athlete to keep playing.   View PDF
Beat the Pain: Keep Your Hips in Running Shape
Published on Vincera Institute
Improving functional strength in your glutes and core can help facilitate a more neutral alignment from hip to ankle.   Read More
Hip impingement diagnosis and treatment
Published on Vincera Institute
Medical imaging can diagnose hip injuries and help determine the best treatment, be it non-surgical or surgical. This article explains the steps in having and rehabbing hip arthroscopy.   Read More
Physical Therapy for Iliotibial Band (ITB) Syndrome
Published on Vincera Institute
This injury involving tissues in the leg between the hip and knee commonly occurs in runners, cyclists and endurance athletes. Read about the symptons of ITB Syndrome and how physical therapy can treat them.   Read More
Single-port-access cholecystectomy: a multi-institutional report of the first 297 cases
Published on Surgical Endoscopy
How 297 examples showed that single-port-access surgery offers a new technique that may be performed successfully in laparoscopic abdominal procedures while offering the patient one ??hidden?? incision.   View PDF
Understanding hip impingement
Published on Vincera Institute
Dr. Struan Coleman, an orthopedic surgeon at Vincera, explains the anatomy of the hip and what exactly occurs when you have a common hip injury known as femoroacetabular impingement (FAI).   Read More
Imaging of Athletic Pubalgia and Core Muscle Injuries
Published on Clinics in Sports Medicine
This article reviews the clinical presentations and MRI findings specific to various causes of groin pain in an athlete, with a focus on core muscle injuries, and to raise awareness about the variety of injuries that occur and therapeutic options.   View PDF
123456
FEATURED 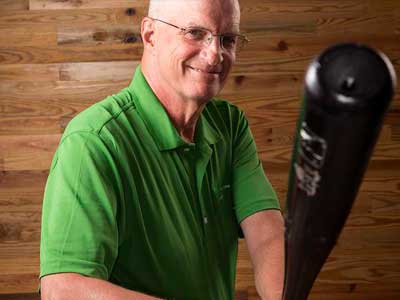 Dr. William Meyers gets right to the core of athletes' injuries

Chances are, if a professional athlete has had surgery to repair a core injury, Meyers was the guy who performed it. Most recently, Meyers was in the news for his treatment of Seattle Seahawks running back Marshawn Lynch, who underwent surgery last week to repair an abdominal injury, and over the years, he's taken care of some of the world's biggest stars, from Adrian Peterson and Arian Foster to Justin Verlander and Robinson Cano, with athletes from just about every level of every sport in between. 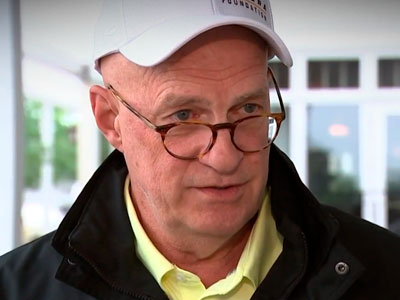 A celebrity golf outing and a Philadelphia-based institute and foundation behind the event are helping kids succeed through sports. The golfers teed up Monday, even in the bad weather. Professional golfer Sean O'Hair is still recovering from surgery on the oblique muscle in his abdomen that he tore at Pebble Beach. "I was pretty scared, first major injury as an athlete, didn't know if I was going to be able to play golf again," But he's back on the links with a new appreciation for his core. 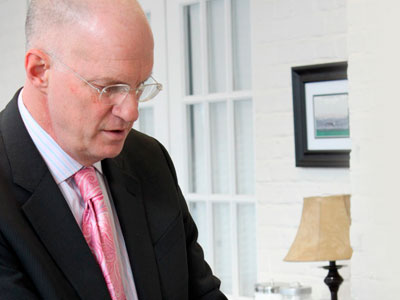 If you want a statistical measure of Meyers' surgical genius, you could start with the success Roy Oswalt and Cliff Lee had in the years after their surgeries. Lee made four all-star games and won a Cy Young Award. Oswalt won 163 games, became one of the most durable pitchers in baseball, and, post-surgery, earned more than $96 million. "Dr. Meyers saved my career," Oswalt says plainly.

Over the years, Meyers has saved the careers of baseball, basketball, football, hockey, and tennis stars and helped thousands of weekend athletes — including me. Somewhat by accident, he invented a surgery to repair an injury that, in previous generations, forced athletes to retire; an injury that didn't even have a name, because it didn't show up on standard MRIs.