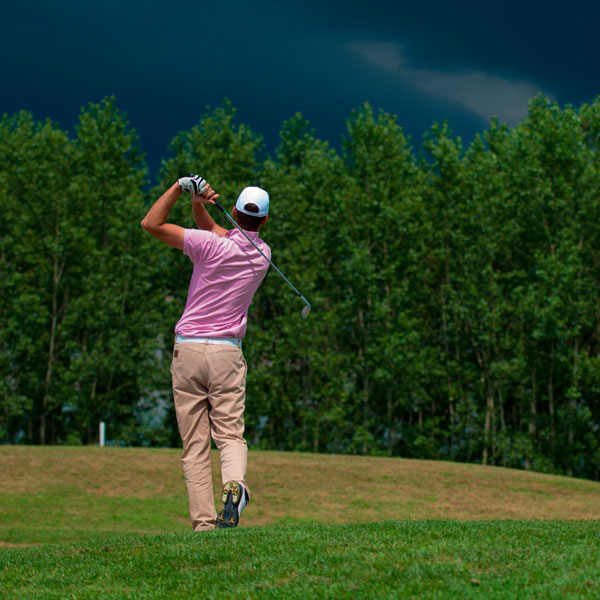 Walking on a treadmill at a leisurely pace should not become something an active, fit twentysomething looks upon with dread.

The only angst that should accompany putting away a box of Christmas decorations is that the magical holiday season ended and it's on to a new calendar year.

Even the idea of a simple light jog should not deliver an immediate thought of disdain for someone who has spent most of his teen and early adulthood in competitive and recreational athletics.

This was the life of Steve Scarpetta, a person you may not know by name but who has a very relatable experience for people of any age. A dull pain would appear in his groin the day after playing golf or lifting weights or going for a run. Like most young adults, Steve just dealt with it, figuring it would go away or that it wasn't a big deal. Until it wouldn't go away and it was a big deal.

"Dealing with the pain and injury for that long was all right," Steve said, "but when it got to the point where it was almost debilitating where I couldn't do anything else, I guess the rock hit my head hard enough where I decided I had to get something done to fix it or correct it."

For Steve, his injury accumulated over the years of competitive and recreational golf, lifting weights and living an active, athletic lifestyle. The repetitive nature of activity is a common way core muscle injuries can occur.

"When the house of cards comes tumbling down, it tends to tumble all the way down," Steve said. "It went from, I was able to do pretty vigorous weightlifting activity to it would hurt after I'd walk a mile or two."

Steve described his symptoms of a dull ache and pain that most often would appear the day after athletic activity. Sudden movements would agitate the affected area and bring about pain.

As with many injuries for recreational athletes — "weekend warriors" as the phrase often goes — Steve's core muscle injury did not come about from one specific event but rather over the course of time with repetitive motion.

"Not only was I competitive, but I practiced repetitively for years and years and years," Steve said. "I've hit hundreds of thousands of golf balls. My injury was more described as a slow sawing motion on the attachments. Basically, I would tear it very slowly over a period of time to the point where I almost completely tore it off."

Steve visited a number of doctors and physical therapists in the months and years he dealt with his injury. No regimen of physical therapy would absolve him of the pain for more than a short period of time. He described his medical experiences to that point more as diagnoses of exclusion. Basically, well it's not this or that or that or this, so it's probably this.

Then he found Dr. William Meyers and the Vincera Institute.

"Once I did a little more research, clearly he was the guy who does this and deals with core muscle injuries," Steve said. "He probably should have been the first option, but he ended up being my last option. I remember going down there and just like hoping this guy was going to have the solution or the answer for it. He diagnosed me pretty much instantaneously. There was an MRI in there, but he's like, ‘Yeah, you definitely have a core muscle injury.'"

Steve was 26 at the time of surgery. His post-operation rehab consisted of scar tissue mobilization, light stretching and walking. He returned to full activity in six months.

One year after surgery, he was playing 10 rounds of golf in five days, crushing the ball the way he used to with his brother and uncle. And never thinking about it. He's 33 now, and he's lifting more weight today than he did in college.

"I don't think about it at all. I've never had any issues or pain since it's been recovered," Steve said. "I never had the residual effects. I wasn't waking up sore.

"Why did I wait this long to feel better?" Steve said. "Dr. Meyers fixed in a week's time what I dealt with for almost a decade. Get back to what you love doing fast, don't wait."