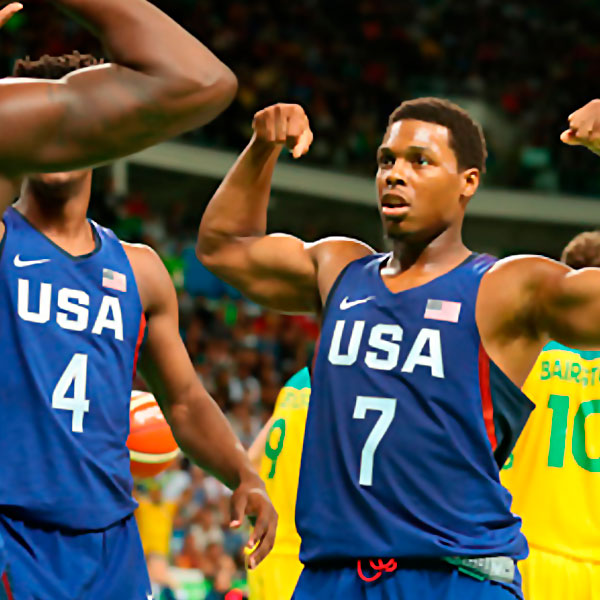 On the makeshift stage at Oracle Arena in Oakland, Kyle Lowry smiled. He couldn't help himself. He and his Toronto Raptors had just been crowned NBA champions after beating the Golden State Warriors. And, his two sons were standing next to him.

"I play basketball to provide for these two," Lowry said on stage. "It's been a long time coming."

Through the chaos of a world championship-winning locker room, full of champagne bottles popping and pouring onto heads and occasionally into mouths, Lowry continued smiling.

Yes, it was a long time coming for the 33-year-old Lowry, a Philadelphia native and a point guard for 13 NBA seasons. In fact, it almost never came at all, and this has nothing to do with past performance or teammates. This was a medical situation.

It was March 2012. Lowry was playing for the Houston Rockets, and he was backing up the breakout season he had a year prior. But, there was a pain in his belly, and we're not talking one of the metaphorical "fire in the belly" motivators. This was pain. Actual, physical pain and it became too distracting. It shifted from side to side for the better part of six months.

He played through that pain for a while because he's a professional athlete and that's they do. Extra time in the trainer's room didn't provide the necessary relief. More time in the gym didn't help. Working through pain simply wasn't working.

In a game on March 7, 2012, against Toronto — the team he'd join the following season — Lowry pushed himself nearly to the brink. He thought it was the flu, but who has ever heard of a flu strain that feels like it's stabbing you in your midsection. Lowry dropped 16 points that night, just above his season average, was 7-for-7 from the foul line and led the Rockets with four assists in the loss. He remembered a feeling of exhaustion at game's end, not uncommon for an NBA player. Here was the rub: Once the adrenaline went away, the pain remained.

The trainers asked to have Lowry pulled out of the next game against the New Jersey Nets. Too much sweating and chills didn't seem right to them. He felt like that every game, he said. After the game, Lowry's temperature at 101 degrees Fahrenheit. An hour later, it shot up to 105 degrees.

The next thing Lowry remembers was lying in a hospital in New York. The doctors were discussing appendicitis or a kidney infection, with no one paying attention the length of time Lowry had been in pain. They started antibiotics and ordered CAT scans, MRIs, and ultrasounds of every part of his body. Everything came back normal. Antibiotics would take care of it, right?

The pain and fever continued. Doctors brought him to the operating room and looked inside his abdomen with a scope. Once again, things appeared normal.

Eventually, after that procedure, one test revealed Lowry had a blood infection known as sepsis. His athletic trainers decided it was time for their point guard to see someone else.

By the time Lowry came to see Dr. William C. Meyers, the sepsis was mostly gone. The pain was there. Frustration, too. And still he couldn't play basketball.

Dr. Meyers knew it highly unusual for a young, elite athlete such as Lowry to have a life-threatening episode of sepsis, and even more unusual for there to be no known diagnosis. His lower abdominal pain had to have a cause.

Lowry still had a subtle sign of sepsis but no fever and had been off antibiotics for a week. His pulse rate was in the 80s, way higher than the 50 Lowry was recorded at during his preseason physical several months earlier.

Lowry's pubic bone also was extremely tender. When he pulled in his thighs against resistance, he triggered the same pain. Cue Dr. Meyers, the pioneering surgeon who brought core medicine to the forefront over the past several decades.

A specialized MRI showed significant fluid where at some pointer earlier in the season, Lowry had pulled several core muscles completely off his pubic bone. For roughly six months, Lowry played highly competitive basketball against the world's best players while exacerbating his core muscle injury each day.

After Dr. Meyers diagnosed Lowry's situation, the point guard returned to the court five weeks later and ended the season with what then was a career-high 14.3 points per game. Now, he's an NBA champion.