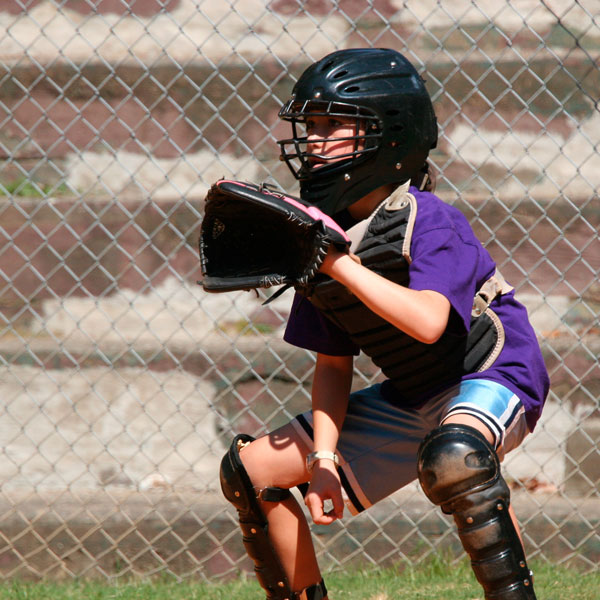 Perhaps no decade of life so deeply touches every emotion of human life the way being a teenager does. It's a decade of extremes, from first loves to first heartbreaks, from trying to fit in with the crowd to social awkwardness, from high school silliness to the grown-up days at the start of college.

It's a joyous time, for sure, otherwise an entire genre of movies wouldn't exist.

But add in this dose of real life: Pain. Constant physical pain. With no end in sight. Now you get a small taste of how Kat Sokirka spent her life age 11 to 21.

"Those are some crazy years, growing up, transitioning schools, and looking to your future and trying figure out we're going to do with the rest of your life," said Kat, who dreamed of playing Division I softball in college. "You still want to be normal, hang out with friends and stuff."

In third grade, Kat had surgery for a right inguinal hernia. If only it ended there.

"When I was 11, I started seeing all these different doctors," said Kat, now 23. "They gave me prolotherapy, PRP. Nothing really seemed to work. I had all these different scans and injections and they said you have osteitis pubis. You just have inflammation of your pelvis, probably from being a catcher growing up. I played travel softball every weekend. I probably played 150 games a year and I was trying to be recruited D-I."

One doctor wanted to take a nerve out. Another said she was crazy. One doctor actually suggested that she was faking it.

Some days were better than others, but the pain never went away.

"My parents started seeing these changes where I was in chronic pain every day," Kat said. "But I'd go out and play. I'd ice afterward, I wouldn't be hanging out with friends as much, I'd be taking more breaks, those sorts of things. Advil never really helped. Then I started seeing all these high-profile doctors."

As a freshman in high school, Kat underwent a bilateral laparoscopic mesh placement surgery with mesh and titanium tacks inserted.

"It didn't work," she said. "I was still experiencing the same pain."

By now, she had stopped playing basketball. Eventually, her softball schedule would be reduced. Even with that "I'll just live with it" approach, there's only so much resolve a person can muster. Three to four hours of chronic pain every day as a high school kid and college student just doesn't seem right. Or fair.

"When I was in college, I thought I'll just live in pain the rest my life," Kat said. "It's not worth it anymore going to see these doctors and explain this whole thing all over again and going across the country all these places that probably won't be able to give me any relief or any answers. For a long time it was, I don't know why you have pain."

But then came a medical conference when Kat was a junior at Bucknell. There, Dr. Matthew McElroy, Kat's longterm physician and at this point as much a friend as he was a medical advisor, met Dr. Alexander Poor of the Vincera Institute in Philadelphia. Dr. McElroy told Dr. Poor about Kat, and told Kat about Dr. Poor.

Kat made the drive from Bucknell to the Vincera Institute to meet with Dr. Poor. She went alone. She told a few close friends and her sister, but not her parents. She didn't want to get their hopes up. Or hers. Soon, she began to think a pain-free life could be possible as soon as the summer before senior year.

"From the first time I met Dr. Poor, I was 100-percent confident that the surgery would help," Kat said. "I don't know, I just felt it would and it did, so pretty crazy ride, yeah."

Dr. Poor explained to Kat that she had a severe core muscle injury. Basically, the root of her pain was her muscles and ligaments being torn from her pelvis.

"Once he sewed those back up, I've been pain free," Kat said of the 2017 surgery. "That's pretty amazing -- pain for over 10 years and then one surgery fixed it all.

"Truly, this completely changed my whole outlook for life. I just realized that I didn't have to live with pain and now I don't. It's super cheesy to say he changed my life, but he actually, truly did."