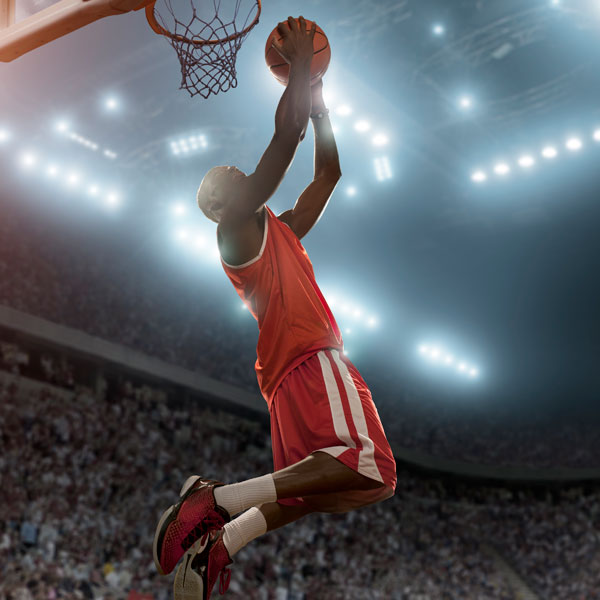 Should a high school teenager struggle to focus while doing his homework because the physical pain in his core won't go away? Probably not.

Yet there was Alec Warren, a 15-year-old sophomore on his high school varsity basketball team in suburban New Jersey. The wrapping of his groin muscle region wasn't helping reduce the ache as it grew from dull to distinctly noticeable. Nor did taking a rest from playing basketball.

"It was definitely always in the back of my mind," Alec said.

And at such a crucial time for the young man who did not want to give up on his dream of playing basketball in college because of an injury. Sophomore year is when recruiting really starts to kick in for talented high school basketball players. Alec was one of those players.

Like with many athletically gifted teenagers, Alec had that feeling of invincibility and thought maybe he could play through the pain, that the injury — his first significant one — would pass over time.

This wasn't a rolled ankle or a jammed finger or a sore knee. Those are common ailments for a basketball. Play enough games and you learn how to manage those and work around them as needed.

"As I kept playing," Alec said, "I just realized something was seriously wrong."

He visited a couple of doctors. He said his injury was diagnosed as groin strain and that rest was the recommendation.

"But the pain just wasn't going away," Alec said. "I couldn't play."

That's when Alec's parents began a quest to find the right person to help treat their son.

"I was scrambling to find out what was going on with me here, and thankfully found Dr. Meyers and Vincera Institute."

What ailed Alec was a core muscle injury involving his abdominal muscle and hip abductor muscle. The injury occurred over time. Alec would get hit on the side, hip and knee areas several times while playing, on anything from trying to fight through a screen on defense to getting run into while setting a pick, or going up for a rebound. There also were those few times he slipped while moving laterally by sliding his feet on defense. Those falls resulted in what essentially were unplanned-for splits.

Shooting the basketball — something Alec did very well as he graduated as the South Jersey record holder for career three-pointers — didn't hurt him much. The lateral movement that is integral to basketball did. As did the sudden starts and stops and sprints associated with the game.

That all changed after Alec had surgery to repair his core muscle injury. And quickly. He was up and walking the day after surgery.

"I was back on the court playing varsity basketball at full capacity in six weeks," Alec said. "I still remember the first game back. It was still a little painful and I wasn't moving too well, but as soon I knocked down a three-pointer, it felt really good and it was just smooth sailing from then on."

Alec missed only part of his sophomore season in high school. His chances of being recruited to play basketball in college would not take as big a hit as he once feared before finding Dr. Meyers and the Vincera Institute.

Alec played four years at Gettysburg College, where he shot 37.1 percent from behind the three-point line for his career. In his final game as a senior, he scored a career-high 25 points, including a career-best seven three-pointers.

"It's safe to say that Dr. Meyers pretty much saved my playing career," Alec said. "I ended up playing college basketball for four years and had no issues with core muscle pain whatsoever after surgery."