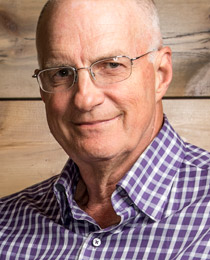 Dr. William C. Meyers has dedicated more than 25 years to pioneering the diagnosis, treatment, rehabilitation and prevention of core muscle injuries (also known as athletic pubalgia or sports hernia). He founded the Vincera Institute in 2013.

Dr. Meyers is the leading authority on the awareness that the whole core muscle complex, inclusive with the hip joint, contributes to the injury which has advanced old terminology such as athletic pubalgia or sports hernia.

Treating patients with abdominal or groin injuries stemmed from his unique experiences in the 1980s with the U.S. National Soccer Team, Miami Dolphins, and various Olympic athletes. Since then, he has developed a number of variants of the surgical repair for core muscle injuries and their relationship to the ball and socket hip joint. He has evaluated more than 15,000 patients, including professional players from the NFL, NHL, NBA, MLB and MLS, as well Olympic track and field athletes, professional tennis players, golfers and bull riders, as well as collegiate and recreational athletes.

Dr. Meyers received his undergraduate degree from Harvard University and his M.D. from Columbia College of Physicians and Surgeons.

He completed his residency and fellowship at Duke University, subsequently serving 14 years as Chief for various divisions of surgery.

Prior to moving to Philadelphia, Dr. Meyers was Chairman of Surgery and Surgeon-in-Chief at University of Massachusetts-Worcester.

He served as Professor, Chairman of Surgery and Senior Associate Dean at Drexel University College of Medicine from January 2001 until November 2010.

Dr. Meyers ran a significant liver service and developed many techniques still used today. He authored the first paper on laparoscopic cholecystectomy in the New England Journal, and with his partner, Ted Pappas, did many of the firsts in MIS including operations on the esophagus, colon, pancreas and liver.

His industry grants totaled over $20 million and he was an original board member of the merged Intuitive Surgical corporation. In 2001, he moved to Philadelphia where he helped create Drexel University College of Medicine from the formerly bankrupt Allegheny Health System.

He has authored and co-authored over 300 peer reviewed medical publications, and has authored chapters and edited texts. He also has authored the book, "Introducing the Core: Demystifying the Body of an Athlete", and is under contract to "Surgical Ultrasonography."

For more of Dr. Meyers' publications, visit the Vincera newsroom

Community service and other outside activities